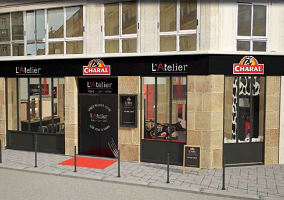 Charal, France’s leading producer of packaged beef products, has announced the opening of a pop-up ‘atelier’ in Paris with the aim of “helping the French rediscover meat”.

Located in Les Halles in the centre of the French capital, the Charal ‘workshop’ – opened to commemorate the firm’s 30th anniversary – will feature a variety of spaces “to discover and appreciate the best of Charal beef”.

The new store is described by the company as “a temporary boutique offering an experience-rich and unexpected journey through the world of meat, blending education, tastings, fun and surprise”.

According to diagrams, the interior of the store features a reception and workspaces for the preparation of different kinds of meat, in addition to ‘photocall’ and ’boutique’ zones.

The Charal pop-up shop will be open to the public between the 15th September and 2nd October.