France: Carrefour and Cora to cooperate on purchasing 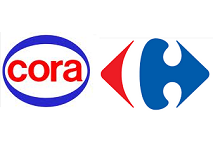 Carrefour France and Cora / Supermarches Match have announced the signing of an agreement which will see the two retail chains enter into a cooperation arrangement on purchasing.

The agreement establishes a long-term partnership, with no equity ties between the two companies, under which both companies will maintain their independence while committing to sustainable relationships with their suppliers, Carrefour and Cora asserted in a statement. The agreement will enhance the competitiveness of their banners for the benefit of consumers, they added.

The partnership covers purchasing negotiations for national and international brands, food products and general merchandise, with the exception of private label products, goods produced by SMEs and fresh produce from the agricultural sector.

The partnership took effect on the 1st January 2015.

France: Carrefour and Cora to cooperate on purchasing - Gama