France: Auchan and Systeme U to further alliance – reports 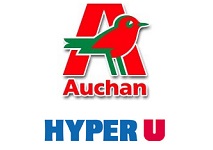 French retail chains Auchan and Systeme U are to extend their alliance by potentially implementing a new set of franchising agreements, encompassing store rebrandings, according to a report in LSA.

Auchan is said to be proposing a new arrangement that would see 70 Hyper U hypermarkets adopt the Auchan name, operating under a 10 year franchise. According to reports, the deal would also see stores in Auchan’s Simply Market chain rebranded as Super U, the name used by Systeme U supermarkets.

If the move goes ahead it is reported that the changes could begin to take effect as early as August and could be completed within the space of three years.

Auchan and Systeme U originally signed an agreement to cooperate on purchasing in September 2014.

Reportedly, neither Auchan nor Systeme U were available for comment.

France: Auchan and Systeme U to further alliance - reports - Gama