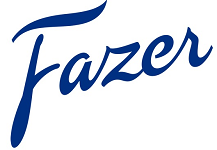 Finnish bakery company Fazer Group is to close two of its production facilities in response to falling bread consumption in the country, Yle reports.

The firm, which concluded its co-determination negotiations at the end of June, is planning to shut its facilites at Ulvila and Hyvinkaa in the south of Finland. The move will affect a total of 146 workers including supervisory and managerial staff.

Facilities located in Vantaa, Lahti, Lappeenranta and Oulu are not reported to be affected.

Speaking to Bakery and Snacks, Fazer CEO Markus Hellstrom commented that there had been a “clear shift” towards products baked in store, leading to the company seeing a decline in volumes.

In a statement the company said: “Bread consumption is declining in Finland and consumer behaviour has changed in a significant way. The share of bread baked in stores is growing and that of pre-packed bread is falling. Increasing the efficiency of operations must be continued to secure future competitiveness”.

“Salary and energy costs have continued to rise as well and it is not possible to fully transfer the cost effects into prices”, it added.