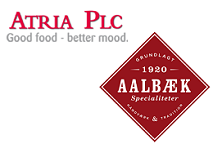 Aalbaek Specialiteter was founded in 1920 and is now one of Europe’s largest manufacturers of organic meat products including cold cuts, pates and bacon.

Atria said the purchase was aimed at strengthing Atria’s market leading position in cold cuts in Denmark, where demand for organic meat products has been increasing steadily for several years.

As a result of the deal, Atria said its net sales were projected to grow by around €10 million ($11 million) per year.