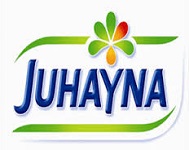 Juhayna, one of the largest dairy and juice manufacturers in Egypt, has secured a $73 million (500 million Egyptian pounds) loan from the European Bank for Reconstruction and Development (EBRD). The company is set to use the loan to finance the production of new products and upgrades within its distribution network.

Juhayna currently operates across seven factories in Egypt and employs more than 4,500 staff. With the new financial backing from EBRD, Juhayna intends to begin production at the new Egyfood yoghurt plant and add another dairy farm early next year.

Juhayna, which supplies airlines such as Egypt Air and Air France as well as large hotel chains, had recently reported a 23% drop in third quarter net profit due to limited sales growth and foreign exchange losses.