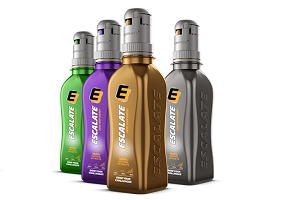 Isoline, a manufacturer of nutritional supplements has launched a functional drink called Escalate that can be tailored to customer needs.

Escalate Functional Drink is described as being free from artificial colours and preservatives and made by using natural fruit and herbal extracts like schisandra, ginseng, matcha tea, ginkgo biloba and guarana, sweetened with stevia. The product is claimed to be ideal to support body regeneration after intense activity.

Escalate is also said to feature a new 3D SportTop cap housing three different concentrates in separate chambers, meaning three dfferent drinks can be obtained from one bottle. According to the company, the product encourages reuse as the bottle can be refilled with fresh water and a second or third concentrate added from the cap.

The new product is described as being developed in Czech Republic with professional athletes and nutritional scientists from Masaryk University.