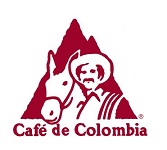 The Colombian National Federation of Coffee Growers is looking to expand its reach in markets such as Kuwait and Dubai where consumers are willing to pay for luxury and high quality products, Portafolio is reporting.

“The focus of our strategy for this year is in dynamic, high-wealth markets by providing new formats and new varieties as well as by expanding the Juan Valdez coffee chain,” commented the president of the National Federation of Coffee Growers Luis Genaro Munoz. “We see a lot of potential in developing markets, which is why, for instance, we are looking at entering into the Gulf region as well increasing our presence in South Korea. We have our eye on markets that are not traditional consumers of coffee.”

Further growth targets were said by Munoz to include Australia and the former Soviet states where there was demand for high-quality coffee.

Meanwhile the stated goal in terms of overall 2014 coffee production was to maintain 2013 yields, albeit by increasing productivity above the current  level of 14.1 bags per hectare.