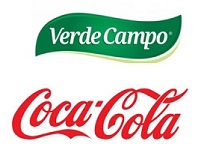 Coca-Cola is entering the dairy sector in Brazil with the acquisition of Verde Campo, a producer of yoghurts, cheese and drinks based in the state of Minas Gerais.

According to a report in Veja Abril, Coca Cola will be acquiring Verde Campo through Leao Alimentos, a partner of Coca-Cola and its bottlers in Brazil. Verde Campo is said to have significant operations in Rio De Janeiro, Sao Paulo and Belo Horizonte and is best known for its LacFree brand of lactose-free products.

The acquisition is expected to increase competition in the Brazilian dairy market, with Coca Cola acting as a new rival for major players such as Nestle and Danone. According to Veja Abril, new transport and logistics will also be needed to enable Coca-Cola to effectively distribute refrigerated goods across the country.

The transaction is expected to be concluded by Q1 2016.