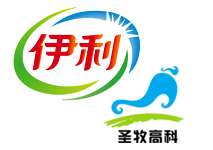 Yili, China’s leading dairy company, has purchased a 37% stake in rival dairy firm Shengmu for $680 million, according to a report in Bloomberg.

Shengmu, which specialises in organic milks and yoghurts, is the only Chinese dairy company to sell and produce organic milk which is certified European-standard, Bloomberg reports. It claims to have a 54.2% market share in China based on 2013 organic raw milk production volume. They are further advertised as the only dairy company in China that offers branded organic dairy products that are 100% produced from self-owned organic farms, and to be unique in combining the desert organic system with a vertically integrated “grass-to-glass” production model.

Through the purchase of Shengmu, Yili plans on expanding into new segments and to appeal to a growing number of more affluent Chinese market seeking healthier dietary options, Bloomberg adds.