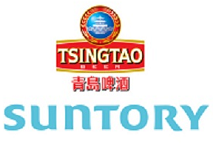 Beer firm Tsingtao has announced that it will acquire its remaining stake in its Suntory joint venture, according to a report in the Want China Times.

In a statement to the Hong Kong Stock Exchange, the company said that it woul buy a 50% stake in both the beer manufacturing and sales companies in its joint venture with the Japanese beverage conglomerate for 822.9 million CNY ($129.5 million) in the first half of 2016.

Suntory first brought its beer to the Chinese market in 1981. It partnered with Tsingtao in 2012 and entered a contract in 2013 to jointly establish beer manufacturing and sales companies in Shanghai and Jiangsu with the Shandong-based beer company, according to sources.

Tsingtao will enter into a separate agreement for the rights to use Suntory’s trademarks for a license term agreed by both parties, according to the company.