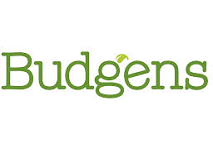 Budgens, the UK chain of independent grocery stores, is unveiling its first range of own brand Christmas products for the 2015 festive season, according to a report in Talking Retail.

The range of cakes and desserts includes a Cream Liqueur Pudding – promoted as an alternative to Christmas pudding, with light coffee and Irish cream liqueur sponge and “melt in the middle” chocolate, a Winter Spiced Apple Cake, as well as a Cranberry, Orange & White Chocolate Madeira Cake with vanilla topping and sugar stars. The line is rounded off with traditional Christmas staples including Mince Pies, a Classic Christmas Cake, a Nut Topped Fruit Cake and a Traditional Christmas Pudding.