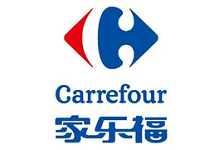 Suning.com, China’s third largest e-commerce platform, is planning to buy an 80% stake in Carrefour’s Chinese business for 4.8 billion CNY ($698 million), according to a report in Bloomberg.

The deal values Carrefour’s China unit at 0.2 times its 2018 sales, compared to an industry average of 0.8, the news agency added.

Carrefour is described as a foreign retail pioneer in China, having first entered the market in 1995. However its sales in the country are reported to have declined by about 10% last year to €3.6 billion ($4.1 billion). The chain currently operates 210 hypermarkets and 24 convenience stores across China.

“Carrefour Group will retain a 20% stake in the business and two seats out of seven on Carrefour China’s Supervisory Board”, Carrefour said in a statement.

“The transaction, which will be paid in cash, values Carrefour China at an enterprise value of €1.4 billion”, it added.