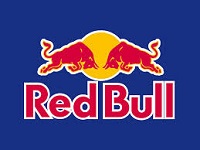 Red Bull – the leading global energy drinks brand – could soon be on shelves in China after the Austrian manufacturer finally gained approval for launch. Reports state the process has been a lengthy one including delays in May 2013 due to issues over distribution rights. As part of the launch, Red Bull will open an office in Shanghai, according to an Austrian newspaper publication.

“The aim is a selective distribution of Red Bull, limited to urban areas and a target group that knows the brand from abroad. We want to develop a feel for the market and the consumers,” a company spokesperson is quoted as saying.