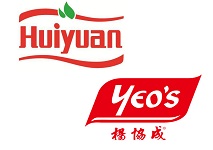 The agreement sets out the establishing of a joint venture company which will combine the production management, distribution and marketing expertise from Yeo Hiap Seng, and the technical capacities, know-how and raw material supply capabilities from Huiyuan Juice , the companies said.

According to Huiyuan Juice, the share split of the joint venture is 50:50 and the company will begin operations in Malaysia with a view to expanding into other markets.

Huiyuan Juice Group is principally engaged in the production and sales of concentrated juice, puree, fruit juice, fruit and vegetable juice, beverages, water and other drinks. The juice products from the group are exported to the United States, Japan and other countries and regions.