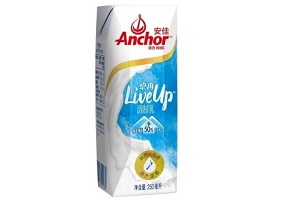 New Zealand based dairy specialist Fonterra has launched a new specially-developed “premium” product range in China under the Anchor brand, in response to “ongoing growth in demand for safe, high-quality dairy nutrition”.

According to an article in the Asia Food Journal, the new Upline UHT milk range comes in a high-protein version called LiveUp and an organic version called NaturalUp. The former is said to contain 5.7g of protein per 100ml (50% more than standard UHT), while the latter is said to be made from fresh, certified organic milk that meets organic standards in both China and New Zealand.

LiveUp Milk and NaturalUp Milk will be available from January 2017, the latter through e-commerce channels only.