China: CEFC to buy a majority stake in Pivovary Lobkowicz 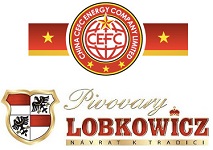 CEFC, China’s sixth largest private company, is to acquire a 79.4% stake in the Czech brewery Pivovary Lobkowicz in a deal valued at 1.9 billion CZK ($78.46 million), according to a report in the Prague Post.

The shares are being acquired through Lapasan, a newly-formed company in which CEFC has a 70% stake

According to Prague Post, CEFC president Chan Chauto added that the investment in Pivovary Lobkowicz was a symbolic expression of CEFC’s interest in successfully operating in the Czech Republic in the long term. He also added that his firm had the ambition to significantly increase the import of Czech beer to China through the investment.

Pivovary Lobkowicz is the fifth largest brewer in the Czech Republic.