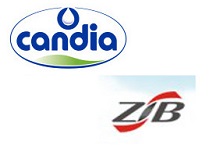 Candia SA, which is part of French-based dairy cooperative Sodiaal, has signed a deal with Zhejiang International Business (ZIB) to distribute UHT milk and infant formula under the Candia brand in China.

Focusing on Greater Shanghai and the Jiangsu and Zhejiang provinces, the joint venture will focus on four methods of distribution: retail stores under the Candia brand which are expected to open at a rate of 10 per year, supermarket sales, specialised baby and maternity stores, and internet sales.

“This agreement allows us to enlarge the horizon where we can propose our products” said Candia Director General Giampaolo Schiratti, speaking to Reuters.

The two partners are aiming at a turnover of 145 million euros ($161 million) by 2020, which will allow Sodiaal to market over 40 million litres of French-produced milk in China, according to reports.

Candia will have a 10 percent stake in the joint company.