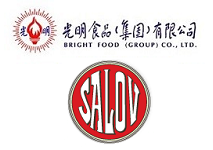 Chinese state-owned conglomerate Bright Food has purchased a  majority stake in Salov, an Italian olive oil producer, according to reports.

The agreement, whicy comes 3 years after the Italian company was initially put up for sale, will see Bright Food take ownership of the brands Sagra and Berio.

Sagra is one of the top ten brands in Italy while the Filippo Berio range of olive oils is a major player in the United States and the UK, with around 20% and 30%  market share respectively, as well as in Japan where it constitutes an important imported brand.

The purchase of Salov is the latest step in Bright Food’s acquisition strategy. The group, which has a turnover of $17 billion, has also recently acquired the British manufacturer Weetabix, the Australian company Manassan Food and the Israelian firm  Tnuva.

The financial terms of the agreement were not released.