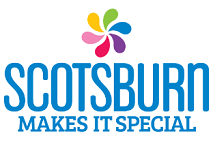 Scotsburn Ice Cream, a Canadian manufacturer of frozen desserts, is set to close its plant in St John’s, Newfoundland, with production to cease by the end of the year, according to Canadian media reports.

The last day of operation is set to be December 9th, after which the company will transfer production to other plants in Truro, Nova Scotia and Lachute, Quebec. The competitive Canadian ice cream market as well as pressure to reduce costs are reported to be among the reasons behind the move.