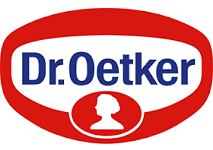 Dr. Oetker, the Germany-based ready meals, desserts and culinary aids firm, is to make a fresh investment in its pizza plant located in London, ON, Canada, according to a report in Global News.

The upgrade is set to include a new production line featuring dough mixing together with baking, topping, freezing, and packaging operations, and is expected to lead to capacity at the plant almost doubling from 10,000 to 18,000 pizzas. Headcount is also set to increase to 300 as a result of the C$7 million ($5.4 million) investment.

The announcement of the expansion at Dr. Oetker’s London site comes around three months after the firm announced it would be closing its Grand Falls pizza plant, also in Canada. At the time the firm cited a “retail food climate [that] has become increasingly challenging” as a factor in the closure.