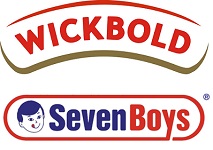 After a negotiation that is said to have lasted nearly 9 months, Brazilian bakery firm Wickbold has acquired rival Seven Boys for an undisclosed sum.

With revenue of approximately R$200 million ($57 million), Seven Boys is said to be the fourth-largest bakery firm in Brazil, operating plants in Porto Alegre (Rio Grande do Sul) and Belo Horizonte (Minas Gerais) as well as owning nine distribution companies that enable the company to reach the country’s midwest region.

Wickbold, which has an annual turnover of around R$650 million ($187 million), has five plants in the southeast region – three in Sao Paulo and one in Rio de Janeiro – as well as one in Santa Catarina, and is reported to have been looking for opportunities to grow in the country to compete with the Mexican giant Bimbo, which owns the Pullman brand.

According to sources, the acquisition of Seven Boys will allow Wickbold to expand to other regions of the country, as well as making it one of Brazil’s leading bakery firms behind only Bimbo and Panco.