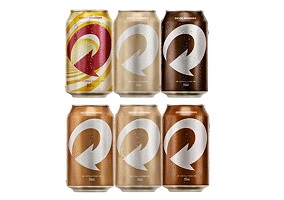 Ambev Brasil, the Latin American drinks firm, has launched a limited edition of Skol beer cans that are said to feature different skin tones in order to celebrate diversity.

The limited edition cans are part of the ‘Skolors’ campaign with the slogan of a “A toast to diversity”.

According to sources, the campaign is predicated on the idea that “your gender, skin tone and social status don’t matter – we are all made of same things…we are this diversity of contrasts and textures. We are one and many at the same time”.

The initiative is described as being part of Ambev’s aim to ‘democratise’ its marketing strategy. Previous campaigns have included one labelled Reposter, in which the company invited illustrators to redesign older posters by the brand that were said to have objectified women.

The cans have been released in five different “skin tones”.