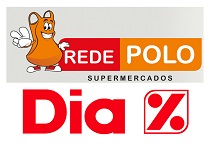 Rede Polo, a retailer based in the state of Rio Grande do Sul, Brazil is reportedly acquiring 57 stores from Spanish supermarket chain Dia.

According to sources, Dia recently ceased operations in the state of Rio Grande do Sul, where it had 70 outlets.  Four of the stores to be acquired are located in the state capital Porto Alegre.

Rede Polo,  which has operated stores in Rio Grande Do Sul since 1998 under the banner Roal Master, will also take over Dia’s distribution centre, located in a logistics park in the metropolitan region of Porto Alegre.

The proposal is said to have been accepted by Dia, but is still to be approved by Brazil’s anti-trust regulator CADE.