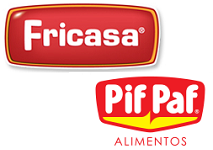 Pif Paf Alimentos, a leading meat and poultry processor, has announced it has acquired Brazilian peer Fricasa, a pork specialist, for an undisclosed sum.

The firm, the largest meat processor in the Minas Gerais region, said the deal would increase its pork processing capacity by 70% and would add around 15% to its annual turnover.

Founded in 1962 and with operations in the southern Brazilian states and the Sao Paulo area, Fricasa markets a range of traditional pork products. Its factory in Canoinhas, Santa Catarina employs around 540 staff.

Commenting on the deal, Pif Paf Alimentos CEO Rodrigo Alves Coelho said: “This acquisition is strategic because it’s in line with our long-term plans. Santa Catarina is the most important state for the pork industry in Brazil […]. In addition, more than 90% of pork products exported from Brazil leave from the southern states. This deal is therefore key for our expansion plans both in and outside Brazil”.