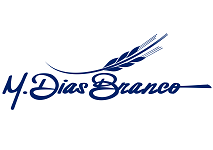 M. Dias Branco, the leading Brazilian biscuit and pasta firm, has announced it has abandoned plans to construct a new factory in Juiz de Fora in Minas Gerais state, according to a report in New Trade.

The company had originally announced the R$305.6 million ($72 million) scheme in 2014, with the intention of using the plant to produce both pasta and biscuit products. However, as a result of its acquisition of biscuit, snack and pasta firm Piraque in 2018, it reportedly concluded the extra capacity was no longer needed, especially since Piraque had manufacturing facilities in Rio de Janeiro, not far from the site for the proposed new factory.

At the time, M. Dias Branco said the rationale for acquiring Piraque was to expand in Brazil’s southern and south-eastern states.