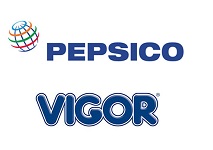 According to Valor, PepsiCo has made two proposals to acquire the dairy company but up to this moment there was no consensus on the value of the transaction. The last value offered was reportedly approximately R$6 billion ($1.91 billion), which is equivalent to one year of Vigor’s revenues.

Industry sources say that J&F aims to exit the dairy segment, in order to focus on other areas such as baking. For PepsiCo the investment in Vigor would be a way to reduce their dependence on the soft drinks segment, worldwide sales of which are said to be on the decline. The multinational already owns dairy operations in Russia, Eastern Europe and Germany.

Besides Pepsico, French firm Lactalis and other companies in the dairy space have reportedly been approached by J&F regarding the opportunity to buy Vigor.

The acquisition of Vigor would be PepsiCo’s largest purchase in the Brazilian market.