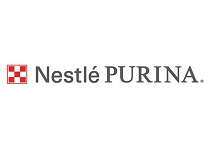 Food and drinks multinational Nestle has announced an investment of R$270 million ($86 million) in the opening of a new Nestle Purina plant to manufacture pet food in Brazil, reportedly the first to produce wet pet food in Latin America.

According to a statement released by Nestle, the plant will be located in Ribeirao Preto in Sao Paulo and will produce wet food for cats and dogs under the Friskies, Cat Chow and Dog Chow brands.

The facility is described as the first Nestle Purina factory in Latin America to operate with exclusive technology in the wet food texturizing process, allowing the preservation of food in pieces similar to meat, producing a more natural product that provides good nutrition for cats and dogs.

The 8,000 sq m unit will create approximately 80 direct jobs. Products from the factory will be distributed in Brazil as well as being exported to other Latin American countries such as Colombia, Peru, Chile and Argentina.