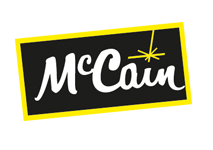 McCain, the leading frozen potato firm, has announced it is investing $100 million to construct its first factory manufacturing chips (french fries) in Brazil.

Due to be opened in the first half of 2021, the facility will significantly increase McCain’s production capacity in Latin America, the company said.  Located in the city of Araxa, in Minas Gerais state, the factory is also expected to generate 150 direct jobs and 450 indirect jobs.

The new plant is McCain’s latest major investment in Brazil, following on from its acquisition of 49% of Forno de Minas in 2018 and the majority stake it purchased in Serya last month.

Commenting on the move, McCain Brazil general director Aluizio Neto said: “With the construction of the new factory in Brazil, McCain will enhance its distribution, create efficiencies in supply and consequently improve its service level and product offering in the local market”.