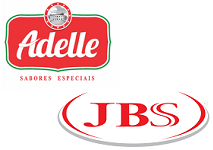 JBS, the leading Brazil meat firm, is acquiring Rio Grande do Sul based pork processor Adelle for R$235 million ($59.4 million), according to a report in Folho de Sao Paulo.

The acquisition, conducted through the JBS subsidiary Seara, includes a pork processing plant located in the city of Seberi. The unit is said to have begun operations in 2015.

Commenting on the move, JBS said the acquisition of Adelle would allow it to enhance its capacity to produce processed meats, including ham, sausage and bacon.

“One of the most modern plants in Brazil, the Adelle factory is located in a region known for its pork production”, Seara president Joanita Karoleski added.

The acquisition will be paid for through a R$80 million ($20.2 million) transfer of a  refrigerated pork plant located in the city of Frederico Westphalen, as well as R$115 million ($29.1million) in assumed debt, and R$40 million ($10.1 million) in local currency.