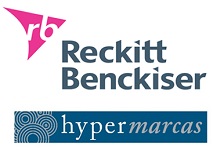 Pharmaceutical and consumer products manufacturer Hypermarcas has announced the sale of its condoms division to the British household and personal care group Reckitt Benckiser for R$675 million ($173 million), according to a Reuters report.

Hypermarcas’ condoms division is comprised by the brands Jontex, Olla and Lovetex which together in 2014 represented 2% of the company’s total net revenue. The brands will join Reckitt Benckiser’s existing portfolio that includes the condom brand Durex and the lubricant brand KY.

The agreement with Reckitt Benckiser follows the sale by Hypermarcas of its cosmetics brands to the French company Coty, last November, as it seeks to refocus on its pharmaceuticals business.

According to Hypermarcas, the funds generated from the sale of both divisions will help reduce the company’s existing debts, which stood at R$3.3 billion ($850 million) in September 2015.