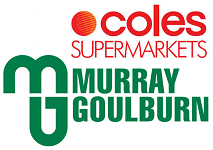 Dairy cooperative Murray Goulburn has signed a deal to become the supplier of private label cheese products to supermarket chain Coles from 2017, according to a report in Australian Food News.

Commenting on the deal, Murray Goulburn said: “The contract includes the supply of a range of Coles brand cheddar-style cheese including tasty, colby, mild and light cheese in blocks, shreds and slices for Coles supermarkets across Australia. The national cheese contract will generate approximately $130 million in additional sales per annum and importantly deliver a stable stream of profits to MG over the life of the contract”.

Murray Goulburn will replace Bega Cheese which has been cheese supplier to Coles since 2012. Bega said it would now refocus its efforts on its “rapidly growing infant formula and nutritionals platform”.

Bega added: “The focus on higher value product mix and markets is consistent with the strategy of the business and will see a significant decrease in inventory holding for the company with up to $60 million of cheese inventory being realised as a result of the change of supply arrangements with Coles”.