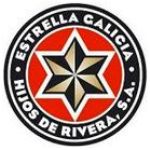 Hijos de Rivera has commenced production of Estrella Galicia at its first facility outside of Spain, as it looks to develop its business in the South American market.

After 108 years of production taking place solely at its site in La Coruna, Spain, the brewer has now released its first batch brewed and bottled wholly in Brazil. Company technicians are said to have worked closely with the Brazilian facility over two years to ensure that the plant reached the quality criteria Hijos de Rivera required.

As part of the switch in production, the beer will now be available in a 600ml bottle, a format which represents 75% of market volume in Brazil.

Ignacio Rivera, CEO of Hijos de Rivera,commented: “Only by being close to and understanding our markets can we really adapt to their needs and requirements”.

In the last few years, the Spanish company has embarked on an ambitious programme of expansion. It is now present in 35 countries including the USA, Japan, China, the Philippines and Brazil through agreements with subsidiary companies.