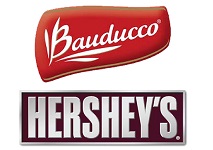 Hershey Brasil, the Brazilian arm of the US confectionery company, and Bauducco, a Brazilian firm manufacturing biscuits, panettones and other bakery products, are to cease their joint venture in Brazil, according to a report in Globo.

Having been given the green light by the Brazilian competition authority CADE, the Bauducco group company Pandurata will sell 49% of its shares in Hershey Brasil to Hershey Netherlands, another Hershey subsidiary.

The joint venture had been approved by CADE in April 2008 for the distribution of new products manufactured by the Hershey Group using Bauducco’s logistics network. Now the companies claim to have attained maximum value from the venture and “understand that it would be in their best interest to cease the partnership by focusing on their core activities, maximizing the growth potential of their brands and business”, according to a statement.

The Hershey Group operates in Brazil exclusively through Hershey Brasil, which manufactures and distributes chocolate products.