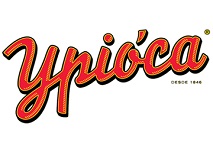 Diageo, the leading alcoholic drinks multinational, has announced plans to invest R$100 million ($24 million) to construct a new facility for its Ypioca cachaca brand in north-eastern Brazil, according to a report in Giro News.

Located in Itaitinga, in Ceara state, the new plant will bring together manufacturing and administrative operations for the Ypioca brand, which Diageo acquired at the end of 2012 for around $450 million.

The new site is 90,000 sq m in size and will also include a logistics centre from which Diageo will distribute around half of its output in Brazil, according to reports.

The expansion comes on the back of 11% sales growth for Diageo in the PUB (Paraguay, Uruguay and Brazil) region in the 2018 financial year. Total organic volume sales for Ypioca were also up 2% on the previous year, according to the company’s financial statements.

The new facility is set to open in the second half of 2020.