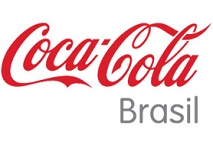 Coca-Cola Femsa has opened the doors to its latest facility in Brazil, located in Itabirito, in the state of Minas Gerais.

The result of an investment of US $258 million, the new plant is reported to have been constructed over an area of approximately 65,000 square metres, on a site of around 300,000 square metres. The factory is described as having an annual production capacity of 2.1 billion litres of soft drinks, representing an increase of approximately 47% on the company’s current annual production capacity through its plant in Belo Horizonte.

According to an article in Diario do Comercio, the opening of the plant was initially slated for September 2014 but was delayed due to extended tests on the production line.

The new plant is expected to generate around 700 direct and indirect jobs.