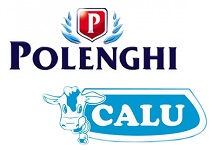 Calu, a Brazilian agricultural cooperative,  has announced the sale of its plant in Uberlandia’s industrial district in Minas Gerais to dairy firm Polenghi, part of the French Savencia group.

The deal follows suspension of construction at the site in 2015, with 90% of the works completed, due to the economic situation in Brazil.

According to sources, Polenghi plans to restart construction works soon and expects production to begin in January 2019.

The unit, which will be the firm’s fourth factory in Brazil, has the capacity to process around 500,000 litres of milk per day and is expected to create 350 to 500 direct jobs after opening.

The agreement between the two firms also reportedly stipulates that Calu will act as milk supplier to the site.