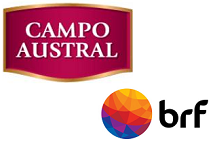 BRF, the Brazilian meat conglomerate, has announced that it has acquired the Argentinean firm Campo Austral, according to a report in Giro News.

Campo Austral operates a chilled pork facility in San Andres de Giles, near Buenos Aires, processing the equivalent of 3,000 tonnes of fresh meat per month for both domestic and export markets. A second plant in the Parque Industrial Pilar produces a line of cold meats as well as frozen pork-based products.

Concluded on 15th  April, the transaction involves the acquisition of both plants and associated brands. According to Giro News, the move is set to expand the company’s portfolio in categories such as cooked ham, salami, mortadella and pork cuts, in addition to strengthening the company’s presence in Argentina, where it operates six other plants.