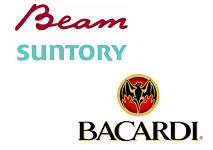 Bacardi has signed an agreement with leading spirits producer Beam Suntory to distribute the latter’s range of products in Brazil.

The partnership aims at expanding Beam Suntory’s geographical reach and strengthening its long-term commitment to Brazil, the company said in a statement.

Stan Auber, CEO of Suntory Liquors Brazil, said: “Beam Suntory has a strong portfolio in Brazil, led by the important Teacher’s scotch whisky brand, and this new distribution agreement will further strengthen our prospects in this important emerging market. We believe that Bacardi will be a strong partner for us and will further our plans for geographic expansion and the introduction of additional brands in Brazil”.