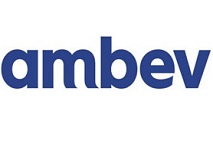 Alcoholic and soft drinks producer Ambev has opened a new production facility in Uberlandia, Brazil. according to a report in Supermercado Moderno.

According to Supermercado Moderno, the new plant will employ 480 staff and has a production capacity of 600 million litres per year. The facility will produce beer and soft drinks under brands such as Budweiser, Skol, Brahma, Antarctica and Antarctica Sub Zero.