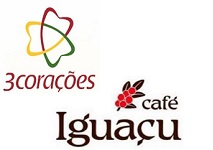 The Brazilian coffee company 3Coracoes is set to acquire its smaller rival Cia Iguacu, which is part of the Japanese group Marubeni, according to a report in New Trade.

3Coracoes said the acqusition, which is subject to approval from competition authorities, would reinforce its market leading position in coffee products in Brazil, in particular strengthening its position in the “competitive” instant coffee category, where it said ti would now become the joint leading player.

The firm added that the deal would enable 3Coracoes to expand further  into the Latin American market thanks to existing export agreements for Cia Iguacu brands such as Iguacu, Cruzeiro and Amigo.

Commenting on the acquisition, 3Coracoes president Pedro Lima said: “The 3Corações group has achieved significant growth in the Southern region, with a positive perception of our products among consumers. We are awaiting regulatory authorizations to complete the deal, and subsequently to begin the integration of [the Cia Iguacu business] into our company. ”