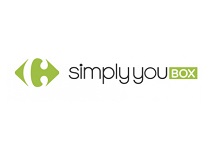 French retail giant Carrefour has announced the launch of the Simply You Box, providing all the ingredients for specific recipes, in 85 stores in Belgium.

According to Gondola, the official launch comes after a successful trial period in a dozen stores that started in October 2016. Due to the project’s reported success, it rapidly expanded to 60 stores including all 45 of the retailer’s Belgian hypermarkets, .

Each week, nine new recipes are made available by the retailer from which the customer selects their three preferred recipes from a range of nine dishes labelled as “classic”, “family-friendly” and “vegetarian”.

The boxes are available for two or four people and besides the ingredients to prepare the chosen recipes, they include a sheet that describes the recipe step by step. In addition, the customer can opt to see a video of the recipe on a tablet or smartphone through a QR code on the recipe sheet.

At the moment, the boxes can be collected from stores but the retailer is said to be also studying the possibility of a home delivery option.