Belgium: 0% alcohol Jupiler Force to be axed after poor sales 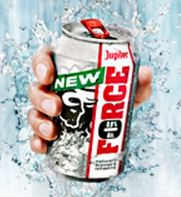 Launched in 2011, the product was an extension to the male-oriented Jupiler brand line but did not prove popular with consumers, despite alcohol-free beers being on the rise overall.  Quoting the Belgian magazine Trends, Levensmiddelenkrant reports that the product has not achieved AB InBev’s internal sales targets.

According to a company press release from 2012, Jupiler Force was a brand developed “specially for men” and was “brewed with classic Jupiler ingredients: water, malt, corn and hops”. The company went on to assert that the product was in response to a demand from men for a refreshing, full-flavoured product that could be drunk at any time of day, such as while at work, while playing sport or while doing DIY.

In addition to a ‘classic’ version, the company later launched varieties flavoured with blood orange and lime.