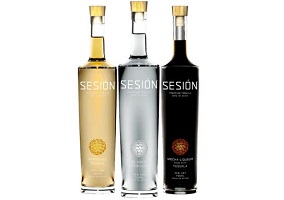 The Australian owned Sesion Tequila is set to hit the market at the end of October this year, according to reports in Australian Food News and Just Drinks.

According to Australian Food News, the beverages are made with no additional sugars, extracts or processing, and are designed to be “sipped and savoured”, although they can also be used in cocktails.

The tequila will be available in the varieties Blanco, which “tastes of green peppers, grass and pineapple”; Reposado which “smells like a mixture of butterscotch, banana, gingerbread and agave with tastes that include vanilla, baked fruit and spice”; and Mocha, which “smells of chocolate, biscuit, bread dough, coffee and roasted agave with a dark chocolate, creamy, coffee taste”.

Just Drinks adds that the tequila is sourced from Tierra de Agaves, located on the outskirts of a tequila village in Jalisco, Mexico and will be available in 750ml bottles priced at A$128 ($90).

Sesion Tequila will be launched in Australia on 28th October and will also be made available to consumers in China and USA on the same day.