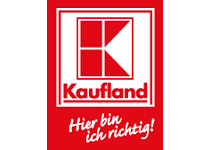 Schwarz Group, the German retail giant behind the Lidl and Kaufland brands, is considering opening stores under the Kaufland brand in Australia, according to an article in N-tv.de.

The supermarket group is currently conducting a feasibility study, “only after which a decision on a possible entry into the market will be made”, N-tv.de reports, quoting the firm.

Previous German media reports had suggested that the first Kaufland stores might open in Australia in 2020, although a Schwarz Group spokesperson is quoted as saying: “We cannot confirm 2020 since we are only just at the beginning”.

The Schwarz Group has long been rumoured to be moving into the Australian market, with speculation that it would seek to open its discount Lidl stores in the country for the first time. Last year, The Australian reported that the retailer had applied for a portfolio of trademark classes with IP Australia covering thousands of products typically found in a full-line supermarket.