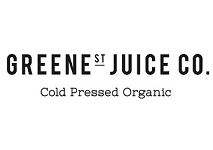 Melbourne-based company Greene St Juice Co has launched a range of cold-press juice – dubbed “organic elixirs” – in Australia. Promoted as being made with Australian produce and featuring selected herbs and  super foods, the line is based on a belief “that local organic produce has a powerful vibration of healing energy and balance for the mind, body and spirit”.

The range was founded by Natalie and Steve Warner who are said to have launched the brand as a result of their experience living in New York City in 2012.  The range includes varieties such as Greene St Classic, made with kale, green apple, celery, and mint and named after the street in Soho where the couple lived, and BDFM, a 100% orange juice inspired by New York’s  orange-coloured subway line.

A total of nine juice varieties are available in the new line, which is packaged in glass bottles that feature minimalist label design. They sell at retail prices between AU$6.50 and AU$8.50 ($6.05 and $7.91).