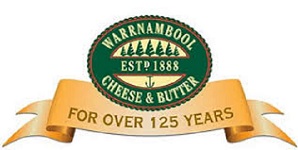 Bega Cheese had launched a fierce bidding war over the acquisition of Warrnambool in September. However its share offer has thus far attracted less than 1% of shareholders.

The move is likely to be to the advantage of remaining rivals Saputo and Murray Goulburn. Canadian Manufacturing reports that Bega Cheese could now turn kingmaker by selling its own 18% stake.

Saputo is currently maintaining its base offer at AUS$9 per share, and AUS$9.20 if it receives a majority of stock, although it has also agreed that if the stake increases to 75% of the total then per share will be AUS$9.40 and AUS$9.60 if Saputo receive 90% of Warrnambool stock. This ultimately values Warrnambool at AUS$537m if Saputo pays the maximum amount.

Murray Gouldburn claims that its offer of AUS$9.50 is superior, but its bid is dependent on clearance from the Australian competition commission.