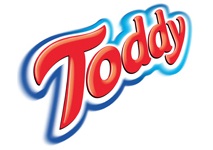 PepsiCo in Argentina has announced its first commercial developed in collaboration with fans of the drinking chocolate brand Toddy, inspired by contributions on the company’s social media accounts.

As part of a campaign labelled “we know about making chocolate, not adverts”, the initiative took place at 6pm local time on the 12th June. Consumers participated by posting ideas on the brand’s social networking sites, with the most promising ideas then selected by the brand to be included in potential commercials. The best commercial will later be aired on television.

Ahead of filming, Diego Gonzalez, head of production at the advertising agency Carlos y Dario which is running the campaign, said: “We’ll shoot eight commercials over the course of three hours, all done live and based on the best suggestions from fans. We will have 8 sets… and more than 100 people will be involved, including a group of 6 actors who will perform the suggested ideas”.