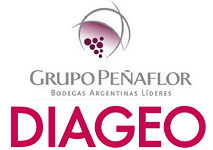 Global spirits firm Diageo has announced that it has agreed the sale of its wine interests in Argentina to Grupo Penaflor. The sale includes the Navarro Correas and San Telmo wine brands, together with production sites and vineyards.

Grupo Penaflor is the largest wine producer in Argentina and one of the 10 largest globally, with a brand portolio that includes Finca Las Moras and Trapiche.

In addition to the purchase, Diageo said Penaflor would be appointed as the distributor of Diageo’s international spirits brands and, after an interim period, would jointly produce with Diageo its domestic spirits brands across Argentina. Diageo said the appointment of a dedicated distributor in Argentina would strengthen Diageo’s route to market and was expected to accelerate the performance of Diageo’s brands there.

The transaction is expected to be completed early in 2016. Sale proceeds, which are not material, were been disclosed.