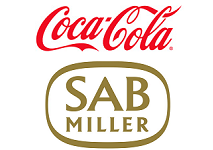 The Coca-Cola Company, SABMiller plc and Gutsche Family Investments (GFI, majority shareholders in Coca-Cola Sabco) have closed a deal on a joint bottling venture in South and East Africa.

The new bottler, operating under the name of Coca-Cola Beverages Africa, will serve 12 high-growth countries accounting for approximately 40 per cent of all Coca-Cola beverage volumes in Africa, Coca Cola announced.The new company will be the largest Coca Cola bottler in Africa and the 10th largest in the world with a pro forma annual revenue of almost US$ 3 billion.

Muhtar Kent, Chairman and CEO of The Coca-Cola Company, said: “As one of the top 10 largest Coca-Cola bottling partners worldwide, Coca-Cola Beverages Africa can leverage the scale, resources, capability and efficiency needed to accelerate Coca-Cola growth and contribute to the economic and social prosperity of African communities”.

Meanwhile Alan Clark, SABMiller Chief Executive, commented: “Soft drinks are an important element of our growth strategy. This transaction increases our exposure to the total beverage market in Africa. This also signifies a strengthening of our strategic relationship with The Coca-Cola Company”.

As part of the transaction, The Coca-Cola Company will also acquire SABMiller’s Appletiser brands on a worldwide basis, and acquire or be licensed rights to a further 19 non-alcoholic ready-to-drink brands in Africa and in Latin America, for an approximate cash consideration of US$260m. SABMiller will retain ownership of its non-alcoholic malt beverages in Africa and Latin America and will retain its Coca-Cola franchises in El Salvador and Honduras.